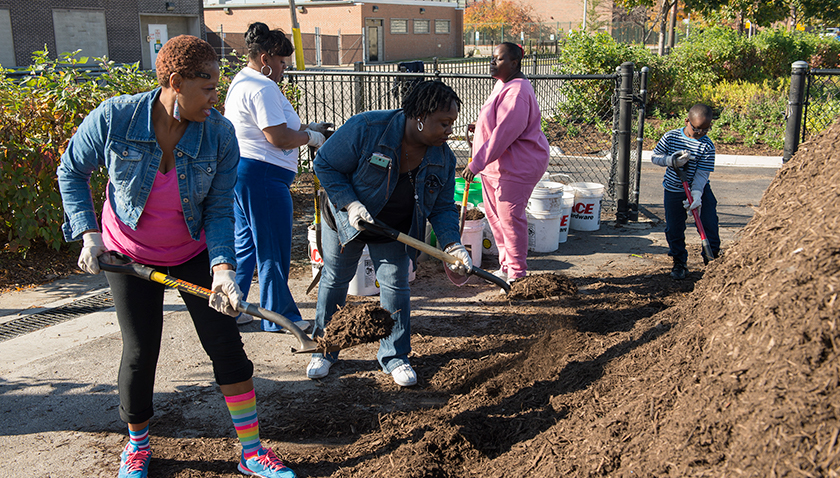 When the first six Space to Grow schoolyards were completed, school leaders noted a positive impact at these schools and in their communities almost immediately. For example:

Mike Beyer, former principal of Morrill School, put it this way:
“It changes the climate and culture of the neighborhood … Having a common space like this brings us back to the day when there was a community center where everyone interacted. I go walk around the field, and I get choked up … the roughest kids in the neighborhood all walk by and call out to me, and say thanks for doing this. It’s literally affecting thousands of people.”

Benefits Extend Beyond the Schoolyard

Researchers at Loyola University of Chicago and the University of California’s Nutrition Policy Institute assessed the usage and benefit of Space to Grow schoolyards at Morrill, Grissom and Cather elementary schools and found that schoolyards promote a more positive relationship between the schools and community. In many cases, community members have stepped up to care for schoolyards—including the gardens—during times when school is out of session. Community-level data showed a rise in home prices in all neighborhoods after the opening of the Space to Grow schoolyards.

The Consortium to Lower Obesity in Chicago Children (CLOCC) conducted a small, longitudinal pilot study to measure the impact of the Space to Grow schoolyard redesign on students’ physical activity and the community’s social cohesion. Two schools, Morrill Elementary in the Chicago Lawn neighborhood and Grissom Elementary in the Hegewisch neighborhood, participated in the study.

Green schoolyards, like the ones built by the Space to Grow partners, are a significant community asset, providing many benefits for communities around the country. Healthy Schools Campaign and Openlands co-manage Space to Grow, Chicago’s green schoolyards program which transforms Chicago schoolyards into vibrant outdoor spaces that benefit students, community members and the environment. Schoolyard... More 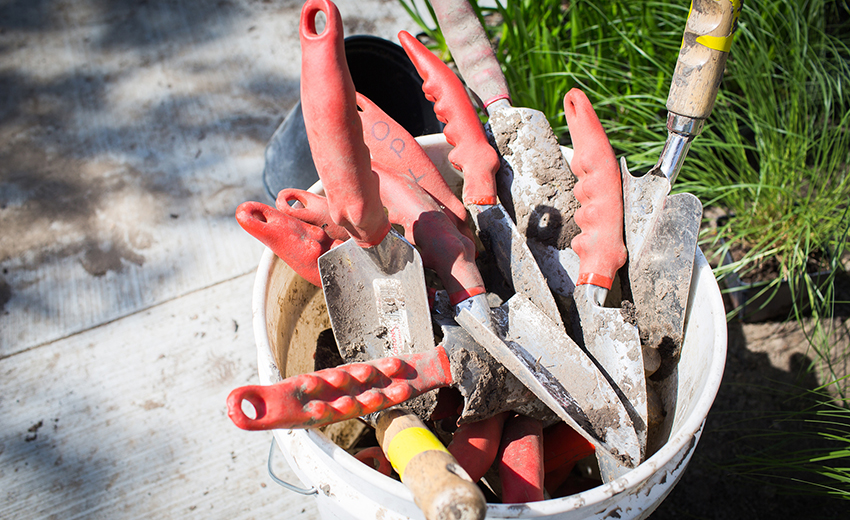 Space to Grow is having a big impact on schools and communities. These green schoolyards are helping Chicago’s most vulnerable communities become more resilient to flooding and climate change, and are providing much needed green space and shared open space for children, families and communities to be active and engage with nature. Space to Grow... More